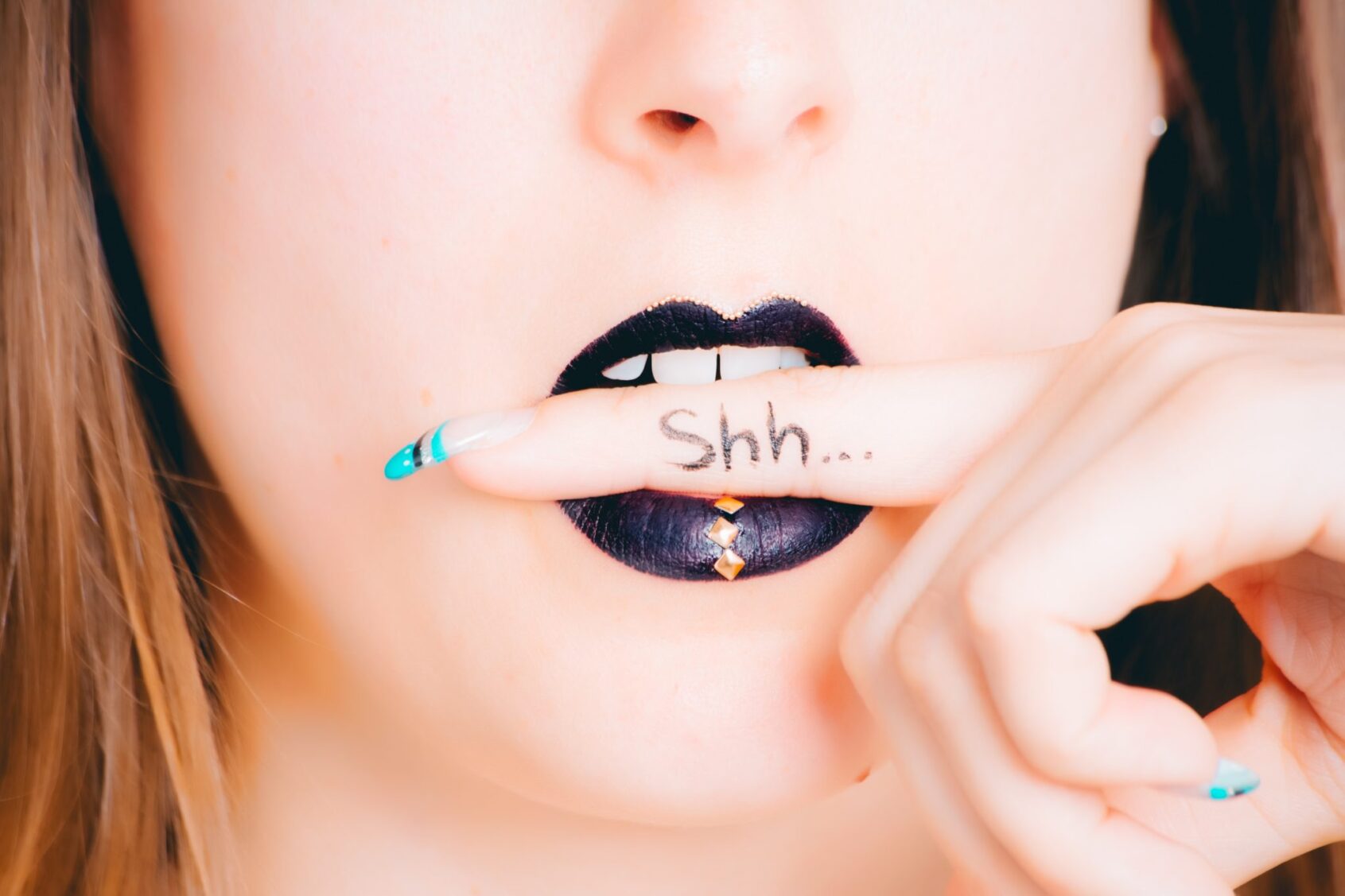 Turning 40 Was All Fun & Games Until…

Since turning 40, eight years ago, I’ve experienced a whole lot of changes in lifestyle that come with being a middle-aged woman. Some are good and some are not so great. And while there are plenty of perks, like giving far fewer fucks, enjoying better sex, and shrugging off the weight of expectation that my younger peers experience every day; I’m going to share a pretty big drawback that needs to change now. It’s all the bullshit people need to stop saying to women over 40.

Look, I’m not just sharing this for my own good. My younger peers need to understand that they will all too soon be standing in my shoes. And, I know they hate to be told what to do. I do too! But really, I am doing this for all of us. I know it’s hard to imagine now if you are in your 20s or 30s, but We are all aging, baby! Tomorrow you’ll wake up with both feet firmly planted in the middle of your life and a whole bunch of younger people trying to bring you a cane and some Aspercreme while telling you what you should and shouldn’t do.

Coming Off the High of Turning 40

I thought turning 40 was the shit! I embraced an age that I just knew would let me shed all of society’s most annoying expectations. Questions about having kids, my professional ambitions, and my love life dissipated to nil. I relished the freedom the invisibility this new decade offered me because now, unwatched by the judgmental eyes of the masses, I could get away with whatever the fuck I wanted to. And that’s just what I did.

I launched a sexual empowerment website, started a podcast about queer women’s sexuality, took new lovers, and did crazy kinky things. It was all fun and games for a while.

Sure, I felt bad for my younger sisters still navigating the social pressures of baby-making, marriage, and career life. But hell, I had done my time! We all have to right? In retrospect, I should have known escape from the never-ending challenges of being a woman living in today’s society wouldn’t be that easy.

So here I am halfway through my 40s with some wisdom to pass on that could very well improve the lives of women over 40 for generations to come, should anyone take it seriously.

This list goes out to both men and women who haven’t quite made it to mid-life. Listen up. Stop saying this shit to women over 40: Things Everyone Needs to Stop Saying to Women Over 40

Let’s just start with the obvious and most annoying backhanded compliment ever. It’s used by younger women and men of all ages alike and comes in the form of:

“You’re attractive for your age.”

“Wow! You sure are strong for your age.”

“You’re surprisingly sexy for your age.”

You name it, people love to tag “for your age” on the end of compliments made to women over 40, effectively making said compliment an insult in a matter of seconds.

Look, people, you are living in the dark ages if you still equate beauty, strength, and speed with youth. A parade of women have shown the world that life doesn’t suddenly end when you say goodbye to your thirties. Women are scaling mountains and becoming elite athletes after turning forty. And don’t forget the jaw-dropping 2020 Superbowl Halftime performance Jennifer Lopez (50) and Shakira (43) put on. Younger stars couldn’t (and haven’t) done it better. And Jlo and Shakira are part of a growing club of stunning beauties like Charlise Therone, Gillian Anderson, Halle Berry, and Kate Beckinsale who have all proven that beauty isn’t restricted by age.

When we were younger, our unpleasant feelings had to be due to our hormones and periods. And now every unwanted emotional response just has to be due to the onset of menopause. If you find yourself saying this to a woman over forty, it’s highly likely that you are the cause of her anger, and that her moodiness has nothing to do with menopause at all.

I am not your mother!

I don’t know how many times I’ve had younger women tell me that I remind them of their mothers. I truly hate it when this happens. It’s so awkward, and kind of gross. It immediately sets up a dynamic that feels super unhealthy. I am not your mother.

While participating in a sincerely miserable yoga teacher’s training a while back, I found myself in among a group of mostly younger women. Many of them were amazing, however throughout the three-month-long course, I had two younger women approach me to tell me that I reminded them of their mothers. Then they proceeded to share their mommy issues with me and treat me as though I was the mother who wounded them.

“Have you ever role-played with a younger man?”

Unfortunately, younger women aren’t the only ones who bring their mommy issues into play. While it’s nice to be hit on by younger men…things can start feeling gross real fast when a guy mistakes an older woman he’s dating for someone who wants to bottle feed diaper them. (I’m not trying to kink shame anyone…but seriously, join a group to find that special person. Leave the rest of us alone.)

Bottom line? I’m not your mother and I don’t want to hear about your mommy issues and I certainly don’t want to work them out in bed. Now that you are all grown up, you should just talk your problems out with her.

Here’s where things get weird (once again) for women over 40. Society loves to perpetuate the idea that older women chase younger men in a desperate attempt to reaffirm their worthiness and sexiness. The concept of “The Cougar” creates an image of a sad woman over the age of 40 trying to recapture the withering beauty of youth with an abundance of makeup, plastic surgery, and copious amounts of sex with much younger (and dumber) men.

The reality is that younger men often aggressively pursue middle-aged women without provocation. Younger men, genuinely seem to adore older women. While our plump cheeks and lineless skin may be gone, we’ve gained some attributes that make us equally as attractive as our younger sisters: confidence, knowledge, sexual skills/sexual openness, a liberated lifestyle, and authenticity.

Please note, I said equally attractive. I do not think that older women are more attractive than younger women, or vice versa. I think women of all ages are beautiful and each age has its own allure.

Unfortunately, what goes comes along with being persued by younger men is not so fun. If only they could keep their sweet little mouths shut and think before they spoke. A good friend of mine, who is currently 45, was asked this while on a date with a 38-year-old man: “Do you typically go for younger guys?”

“At first I was struck dumb. I didn’t know how to respond. His age hadn’t really occurred to me until then,” she explained. “Then I snapped back, ‘No, they typically go after me.'”

There’s really nothing more pathetic than a 30-something-year-old man asking a forty-something year-old-woman this kind of question while in the process of wooing her. Look, I know this is hard to hear, but once you are in your thirties, mid-thirties (and especially your late thirties) you are no spring chickens yourselves. You are supposed to be grown-ass adults with more of a macro view of life and the world. It makes things real awkward as the woman you are on a date with becomes suddenly painfully aware of the lack of maturity that’s packed into an otherwise aging body.

We make the rules.

Do not listen to the thirty-five-year-old yoga instructor or personal trainer who just realized she’s aging and has decided to advise every woman older than her to back off the long runs and challenging yoga poses because their bodies just can’t handle it anymore. (Sorry babe, I know you’re freaking out, but you can just keep those crippling stories to yourself).

Again, please refer to the large number of stories about women well into their fifties and sixties kicking ass! Everybody ages differently. And, every time a coach, trainer, or teacher makes one of those very limiting comments, it wedges into your consciousness and creates damaging doubt.

I recommend getting up and leaving immediately whenever this happens to you.

Dear God! We know you mean well, but telling older women that they should feel proud of their wrinkles and that they are doing themselves a disservice if they decide to get Botox or dye their hair is just plain dickish.

“Women over 40 should stop doing this…”

The number of articles written about what women over 40 should stop doing is mind-blowing. From what we should stop wearing to how we should stop acting to our hairstyles and dating and the music we listen to, there’s some fucking publication out there hiring youngsters to tell us what we should and shouldn’t do.

Women should do two things after they turn forty:

It turns out that turning 40 wasn’t the answer to all of my womanly frustrations. So, instead of running from the challenges women over 40 will inevitably face, I think we should work together to be the change that is needed in order for women to thrive throughout every stage of their lives. 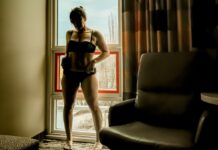 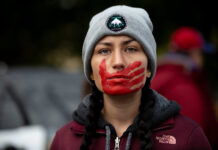 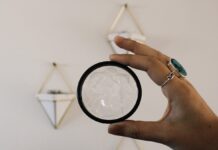 What Sex With The FLEX Menstrual Disc Feels Like 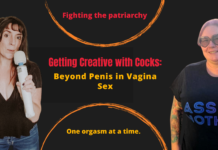 4 Destinations for the Perfect Romantic Getaway

Annette Benedetti - January 17, 2019 0
Don't hate on Valentine's Day! Use it as an excuse for a romantic getaway and get your travel on. Here's four perfect destinations.