The End Of The Beginning

I recently decided that reentering the dating world, after the disintegration of my 15-year marriage, wasn’t humbling enough. I thought I could really step up my game by also writing and sharing a “tell-all memoir” documenting my process after committing to 50 First Dates. I’m sure it sounds odd to hear that I am on a journey of self-discovery through the most unlikely source—online dating—but I really truly am committed to finding myself during this adventure!

You can read about how my adventure started with two lists (the Fuck-It list and the Get Un-Fucked list), in my previous article. It also reveals how I came to the decision to write a character synopsis, a yelp review, and what I learned about myself after each of my 50 First Dates, along with all the gritty details from my first five dates.

What follows are the reviews and summaries of dates 6-10—the last of the dates that took place before I officially committed to the 50 First Dates Challenge. Read on to find out how they drove me to this crazy adventure.

Synopsis:
An outdoors enthusiast, who knows all of the very best camping spots and hidden caves; Nate’s a well-educated, kind-hearted, sexually open-minded, down-to-earth kind of guy! Recently divorced, he’s a no-baby mama drama, half-time parent to two boys. Within three hours of chatting, Nate had given me two solid book suggestions, which of course won him huge points! Standing over 6-feet tall, with a wiry runner’s frame, and scraggly brown hair, the guy is easy on the eyes. Armed with a decent sense of humor and politically rather dynamic in his beliefs, he’s outspoken, but respectfully so.

Yelp review:
Wonderfully humorous conversation flowed effortlessly from almost the beginning of the date. Nate was charismatic, quirky, and infused laughter with self-deprecating humor that really put me at ease. We both were on the same page, as far as looking for something casual and non-committal, and overall had a great time together! I agreed to my first second date. Overall I would give Nate:

What I learned about myself:
I learned that I need to get even clearer about guidelines for this process. What started out as being great, quickly digressed into a shit show of constant texts and several calls a day. I ended up having to block his phone number. I thought we were on the same page with wanting something casual, so when he asked me a few nights later if I wanted to go for drinks and I let him know I had a date and was unavailable, I was shocked when he became furious. Where had I gone wrong? Did we not have the same definition of casual? Is there a damn rulebook that I’m unaware of? I suppose moving forward, very clear communication is going to be the only way to safely navigate these types of hiccups?

Synopsis:
At first glance, Samuel seems like a very basic, simple, straightforward kind of character to add to the lineup. Having recently moved from Las Vegas to a tiny town about 20 minutes away, he truly seems like an all-American kind of guy. He’s a blonde hair, blue-eyed, button-up polo sporting computer programmer. A bit of a recluse and socially awkward—but seemingly harmless—with an occasional show of sporadic confidence that manifested in odd ways. Like sending an unsolicited self-made dirty video…

Yelp review:
The date was going along smoothly until Samuel decided to “let the cat out of the bag” by revealing his reasons for moving away from Las Vegas. Apparently, Samuel genuinely thought that he needed to hide away from the Illuminati, whom he was sure was out to get him. He has a full 30-minutes worth of proof to convey that he isn’t crazy and that going into hiding was his very best option. I wish I could make this shit up, I really do…

Overall I would give Samuel: 1 ⭐️

What I learned about myself:
I don’t even know where to start with this one. I learned a lesson I thought I had already figured out: don’t judge a book by its cover! Because this guy’s cover said, “Slightly awkward but harmless”, while his pages read, “Run the hell away!” It’s funny how I can feel like I’m getting better at navigating and filtering out the bullshit with each date when really I think it may just be time to just straight-up admit that human behavior is a complete mystery and there is no perfect algorithm to determining online dating compatibility. Perhaps letting go of the fallacy that I maintain any control in this new game I’m playing is the first step to engaging more authentically? Perhaps I need to take a look at how I attempt to control any and all areas of my life, and whether or not it’s serving me or is in my best interest?

Synopsis:
Rob is an attractive middle-aged high school teacher. Handsome, smart, and seemingly wholesome, he really seems to be the complete package. A genuine man who spends his day connecting with teenagers, and has a strong sense of self and what he wants out of a relationship.

The date started out great! I felt an instant chemistry and sense of possibility. Rob appeared very grounded and clear about what he was looking for. He seemed like a great balance of intellect and heart, and I felt excited that this could go somewhere. It wasn’t until after our date was over when he walked me out to my car and kissed me that he informed me that he is married and that we would need to keep all of “this” on the down-low. I was absolutely furious that he would have gone through the whole process of drawing me in and wasting my time, instead of being upfront from the beginning. Overall I would give Rob the Douche a: 0 stars

What I learned about myself:
You know, I would like to believe that I really am a good judge of character, but after several failed dates and missing red flags, I’m seriously questioning just how reliable this bullshit meter is that I thought I had? I mean honestly, I expected some growing pains, but this seems ridiculous! I’m wondering if perhaps I need to delete my account and just start over. Perhaps my bio isn’t really drawing in options of the highest quality? I thought my bio was hilarious but it’s obviously not matching me up with potential partners who I want to explore any further. I’m starting to feel discouraged and a little less enthusiastic about it all.

Synopsis:
An interesting combination of self-conscious and then cocky in his messages, Tobias is a little heartbroken from his cheating wife, but overall a kind and gentleman. A fireman by trade who travels all over for his job, his profile picture was of an attractive, 40-ish something male with an average build and dark brown hair. In real life, Tobias had gained about 70 pounds and lost most of his hair.

Yelp review:
Tobias portrayed himself very differently in photos than he did in real life, so initially, I actually walked right past him and didn’t realize that he was my date for the evening. That made for an awkward start. All and all, the conversation was smooth enough and he was an interesting guy, but I really struggled with assimilating just how different he was in person from his profile. Overall I would give Tobias a: 2 ⭐️⭐️

What I learned about myself:
I would never consider myself to be superficial or someone who dismisses someone else based on physical appearance, so integrating that mindset when it comes to dating has been a bit of a struggle for me. I feel like there absolutely has to be some kind of attraction, or it just won’t work. I’m trying not to feel guilty about it, and have come to terms with the fact that I’m not going to float everyone’s boat either! I feel like in this situation if he had presented himself more honestly so it wasn’t as big of a shock, I probably wouldn’t have been as put off. But I do think having a catfish experience is something that elevates me to the next stage of this process. Like it’s a right of passage or something.

Synopsis:
A 45-year-old, good-looking guy who spends his days writing computer software. Sheldon is incredibly intelligent, nicely dressed, and picked a cool trendy spot for dinner. A transplant who had moved to Portland a few years ago, he was still working on building his social circles.

Yelp review:
Sheldon had a small lisp that made for a few moments of having to hide a smile or two on my part, but all and all was easy enough to talk to. I didn’t feel any chemistry but also felt like he was nice enough. Things were going smoothly until after dinner when he asked if I would be willing to stop dating other people and commit exclusively to giving dating a solid go between us. It was way too much way too fast for me and instantly had me thanking him for a nice evening and letting him know I saw no potential future in our cards. Overall I would give Sheldon a: 1⭐️

What I learned about myself:
I hit my first milestone of 10 dates, and am seriously wondering how in the hell I am going to make it through another 10! This whole dating thing is harder than I had imagined and I am now confident that I need a break. I’m not entirely sure dating is for me after all. Although I have learned something new about others, and myself, I am just not sure that the exhaustion and frustration are worth it. People are flakey and strange, and dating has turned into a video game of sorts. It’s almost like people are forgetting that behind the screens of their phones and apps, they are in fact dealing with real people, with real feelings.

I know that I myself am not perfect; I just thought that the process was going to be a bit more fun. For now, I am going to delete Tinder and take some time and space to clear my head and set clearer intentions on what and how I want things to look like moving forward.

At this point I did, in fact, delete Tinder and take a week off from the whole dating process. It was during this time that I came up with my 50 First Dates Challenge and then created my new Tinder profile and bio. The remainder of my dates are with those who knew my backstory, and what I was setting out to accomplish. My hope was that with clearer intentions, I would start attracting more compatible possibilities.

Stay tuned for the next chapter when the 50 First Dates Challenge gets real.

50 FIRST DATES, THEIR YELP REVIEWS & RECLAIMING MY IDENTITY AFTER DIVORCE 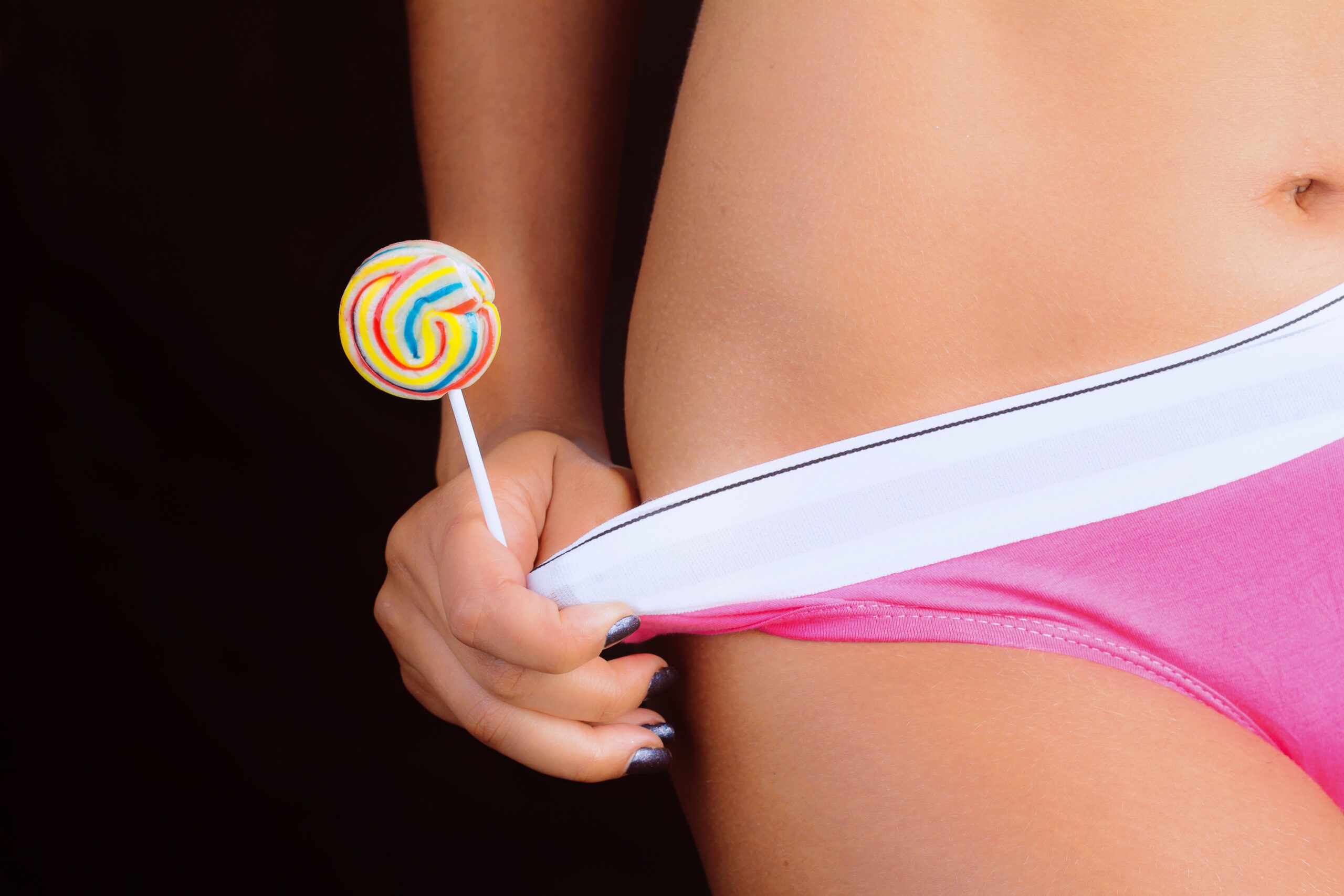